Rascals at The Waterloo 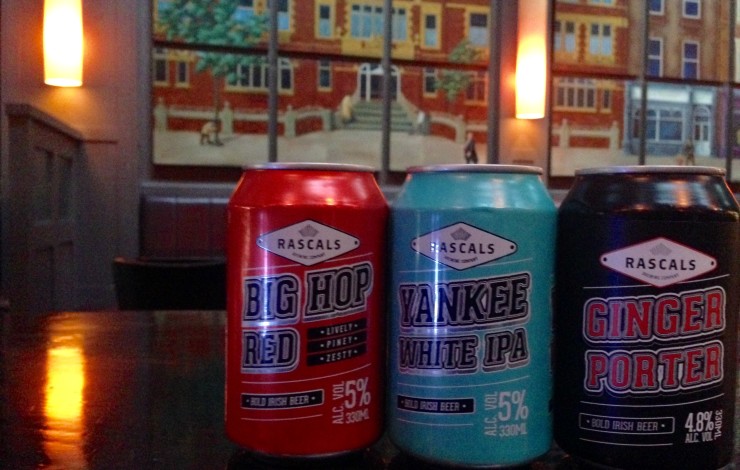 Rascals at The Waterloo

Rascals Brewing Co is a craft brewery based in Dublin. The brewery is owned by the passionate craft beer loving couple Emma Devlin & Cathal O'Donoghue. You can taste their passion in their beautiful beers.

We now stock 3 of their craft beers, Big Hop Red, Yankee White IPA & Ginger Porter. The cans are only €5 each which is great value for these amazing craft beers.

The Big Hop Red is a red ale with sweet caramel malt backbone. It has a light bitterness and is full of hoppy flavours. It won the Fan Favourite Award in the Red/Amber/Brown category at the 2014  All-Ireland Irish Craft Beer Festival and it has been hugely popular since we got it in, so if you are a fan of red ales, this one is a must.

The Ginger Porter was Rascals Brewing Co first beer on the market. It is brewed following a traditional porter recipe with the addition of fresh zingy ginger and cocoa which makes it a lovely, chocolatey, zingy beer! This beer has won numerous awards and is a favourite amongst craft beer drinkers.

The Yankee White IPA is a juicy & fruity wheat IPA and I am predicting it will be a hit whenever the summer makes an appearance (if it will make an appearance this year).

These beers are so great that we are even contemplating adding one of them to our selection of draught beers! Call in, give the beers a go and let us know what you think! We'd love to hear your thoughts!