Rebel Against the January Blues 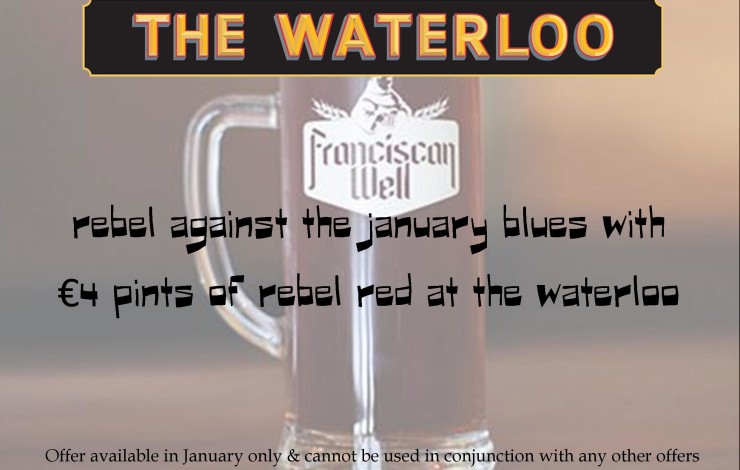 Rebel Against the January Blues

We all know that January can be tough... with it being just after the festivities of Christmas & New Year, the hardship of going back to work and you might just also be short on cash after December.
But enough about the moaning... let's make January a better month. Rebel against the January Blues with €4 pints of Rebel Red at The Waterloo. Rebel Red is one of Franciscan Well's craft beers that we have on draught. Fransiscan Well is an Irish brewery based in Cork. Rebel Red is a malt driven Irish style red ale balanced by different hop varities (Fuggles & East Kent Goulding). It's a medium bodied beer with caramel flavours.

Give Rebel Red a try next time you are in with us. This offer is only on in January!